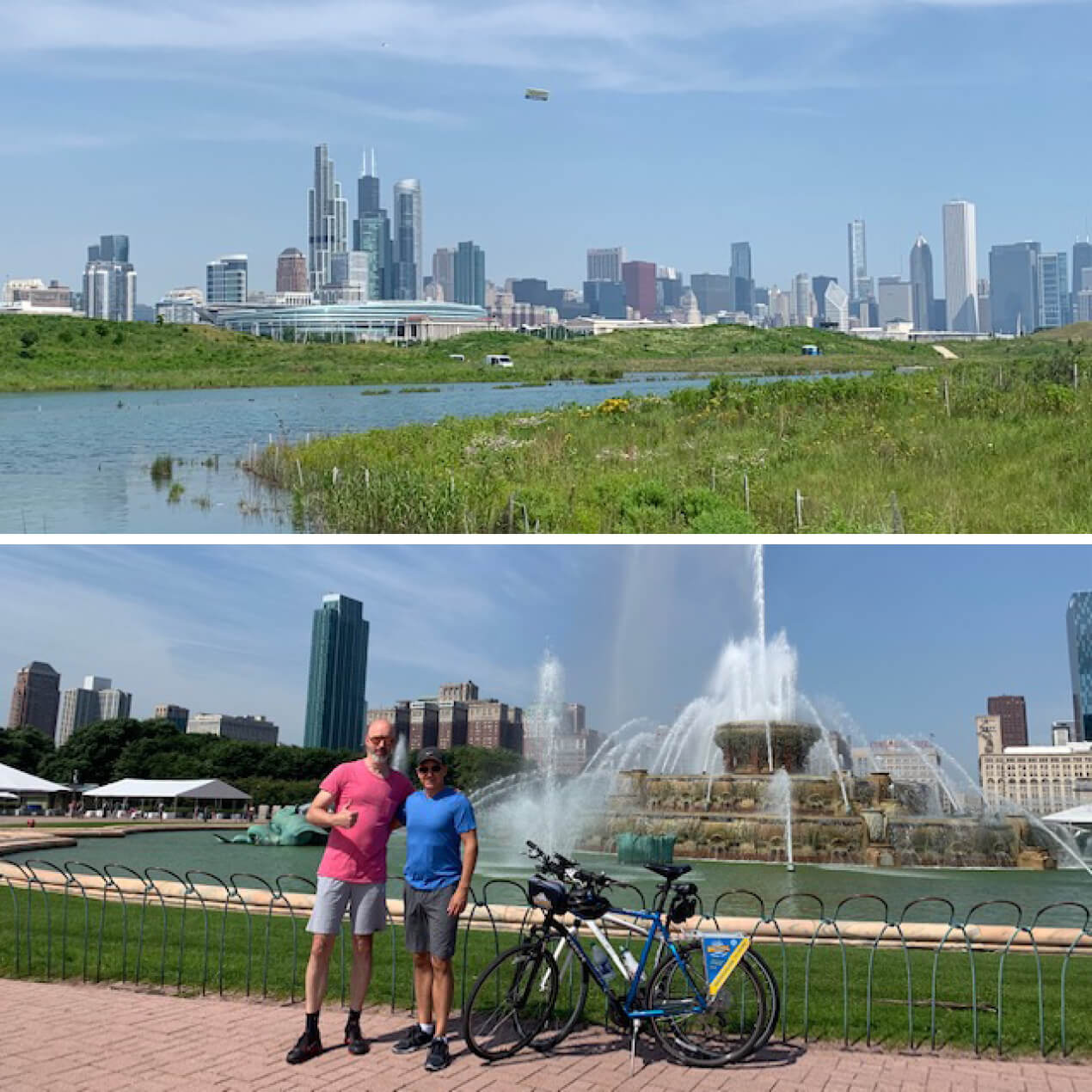 Richard Gurak of Advitam IP recently gave Alexander Bayer, a partner at Pinsent Masons Germany LLP, a guided bicycle tour of Chicago. It was a great use of a business trip to Chicago. Alex met with his clients and then found some time for IP law networking with colleagues, as well as a few hours of biking along Chicago’s beautiful lake front before returning to Munich, Germany. When Richard learned Alex wanted to tour the city by bike, Richard quickly ordered up great weather for their tour. As you can see by the pictures, Richard delivered!